Let us tailor your best generator needs for your home and work place so you can enjoy the flawless life with The trust of Aksa.

AKSA Power Generation was founded as an Electrical Motor factory by Ali Metin Kacanci in 1968, AKSA manufactured its first generator set in 1984, and became an expert in machinery and hardware for electrical energy supply in a short amount of time. In 1994, AKSA community became a corporate under the name of KAZANCI HOLDING and reorganized, achieving its current structure. AKSA has been leader of generator sets market in Turkey and is among Turkey’s largest two hundred industrial companies and exporters.

Aksa Power Generation exports more than 50% of its products and is among the top five global firms of the sector with 13 offices located in Asia, Europe, Africa and America.

Being one of the first manufacturers of natural gas generator sets of the world, Aksa Generators withholds an undisputed supremacy with respect to synchronized sets. Aksa Generators increases its investments continuously in technology to remain the pioneer of change by the manufacturing of more soundproof, environment-friendly generators with lower fuel consumption. 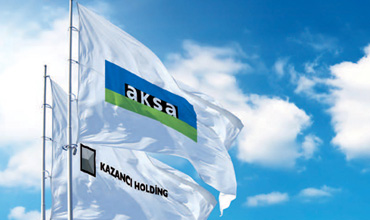 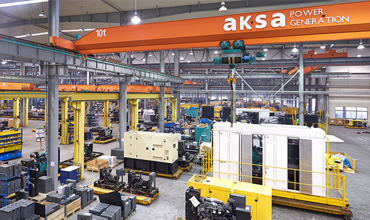 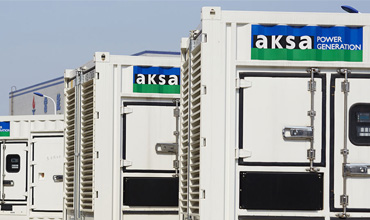 Aksa and the Environment

Aksa Power Generation, the cabin and chassis to produce eco-friendly paint TGIC-FREE triglycidyl Isocyanurate and uses lead-free polyester powder paint.CONTINUE…
Aksa Power Generation, the packaging of the products it sells, nylon and carton waste Çevko Foundation (Environmental Protection and Packaging Waste Recovery and Recycling Foundation) is confiscated by the contract.CONTINUE…
Turkey Aksa is the only company that can make their own sound generator test generator, which is valid all over the world to IEC 34 (International Electrotechnical)CONTINUE…